Starting backwards in the history of the Pathogen Indicator Bacteria TMDL (total daily maximum load), on Nov. 19th, 2015, the North Coast Regional Board, slated to approve the Action Plan and Basin Plan Amendment, decided to hold off approval for about 7 months in order to address extensive comments from the County of Sonoma and the general public and to make changes to those documents to reflect new information.

The process had been going on for many years. The Russian River was listed as impaired for pathogens at several Russian River locations in 2002. Water quality monitoring of pathogens continued from 2007 through 2013. Impairment was confirmed by monitoring results and subsequently the TMDL was developed. (TMDL determines origins of impairment and assigns limits for each contributor.) The Basin Plan Amendment and TMDL Action Plan was released for public comments in mid August and a workshop was held in September 22-24 to take comments. Staff will develop alternative documents for additional public review.

It is significant that the County of Sonoma issued a strongly worded protest letter, which is highly unusual. RRWPC submitted 15 pages of comments with attachments and community groups from Monte Rio, Hacienda, Forestville, and Healdsburg weighed in also. All documents, including those mentioned here, along with staff reports, monitoring studies, peer review comments, proposed Basin Plan Amendment, and Action Plan can be found at the following website: http://www.waterboards.ca.gov/northcoast/water_issues/programs/tmdls/russian_river/

It is important to know that this TMDL is closely linked to AB 885, which provides revised septic system requirements, which have not yet gone into effect in the Russian River Watershed.   There is also information at the North Coast Board website above. As you can see, there is a huge amount of material backing up this action. The Staff Report alone is 345 pages.

RRWPC Comments to Regional Board, 10-9-2017: Implementation Plan for TMDL (Appendix A of Basin Plan Staff Report)


Commentaries can be RRWPC’s official submission to regulatory agencies regarding proposed or current projects and for the most part have legal standing as formal comments. 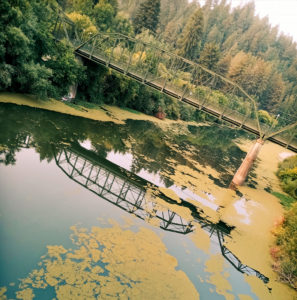